To unite, serve and represent our members as advocates for our patients, for the health of the community and for the profession of medicine.

You and your guest are invited to join your colleagues! 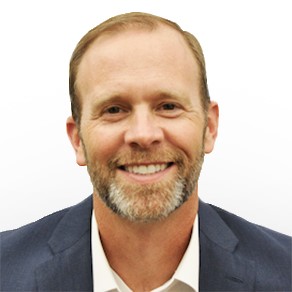 Brock Long is the former administrator of FEMA (Federal Emergency Management Agency). Confirmed in June 2017 by the U.S. Senate with strong bipartisan support (95-4), Long served as the nation’s principal advisor to the president responsible for coordinating the entire array of federal government resources to 50 states, 573 tribal governments, and 16 island territories to assist with executing disaster preparedness, mitigation, response, and recovery. He was the 10th administrator and the youngest to hold the office. Long coordinated the federal government’s response to more than 144 presidentially declared disasters and 112 wildfires, including three of the country’s most devastating hurricanes and five of the worst wildfires ever experienced. During this time, nearly $44 billion of disaster activity occurred under the various federal recovery programs. Long is a graduate of the prestigious Executive Leadership Program at the Naval Postgraduate School/Center for Homeland Defense and Security. A native of Newton, N.C., he earned an undergraduate degree in criminal justice and a master’s in public administration from Appalachian State University. He worked in emergency management in Georgia and Alabama for 12 years

located in Charlotte, North Carolina, is a nonprofit professional society of more than 1,300 physician members. The MCMS is committed to the profession of medicine and to the people it serves.

The MCMS is involved in numerous public services and community activities to provide education, awareness and access to various community health resources and health education. Through MCMS, members are given the opportunity to serve both the medical and lay communities and maintain a vital connection to each other.

Current and back issues available

The Women Physicians Section of the Mecklenburg County Medical Society ...

The MCMS Volunteer Match Program was started in 2019 by the ...

Physicians Reach Out is seeking volunteers. Click here for the volunteer form.

The MCMS Meck PAC Board seeks to identify, educate and support ...